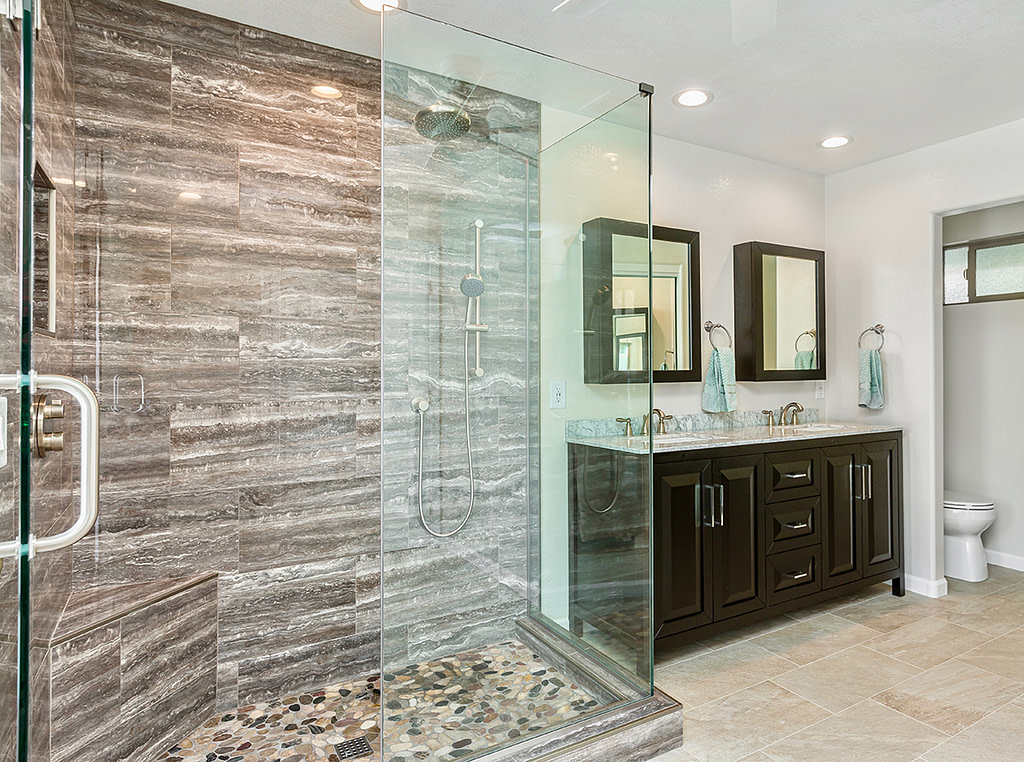 We enjoyed working with Colin on his master bathroom remodel in Chandler.

They had an old bathtub they never used and didn’t want to replace.

This has become very common in master bathrooms and many homeowners are opting for more storage or open space for a bench. Benches are often used to put on socks & shoes in the morning or to have suitcases on while packing since the master closet is often close to the bathroom.

The vanity was longer than they needed and the countertop was on 2 levels which they didn’t like.

The shower was old and smaller then they liked, so we removed everything from their master bathroom to start over.

We gut every shower to the studs and for Colin and his family, we installed a new shower that is larger.  The bathtub and pony wall are gone to open up the space and provide more room for other priorities.

The shower niche is recessed within the shower walls to allow them to hold their shampoo, soap and other shower items.

They wanted a rain shower head that could be placed on an angle along with an additional shower handheld fixture.

The shower valve is on the left side of the wall so they can turn on the shower without getting wet.  We also installed a bench for them in the corner.

The space looks beautiful with the frameless shower glass that is also tempered glass for safety.

The vanity is brand new. We installed medicine cabinet mirrors which have become very popular because they provide the storage for items normally on a side medicine cabinet, while also being the primary mirror.  They also give the mirror a great 3-dimensional element to the space.

Of course, we installed new faucets and plumbing underneath so they don’t have to worry about those water supply turn valves leaking which they are notorious for leaks.

Colin was kind enough to leave a review right before we finished completing it!