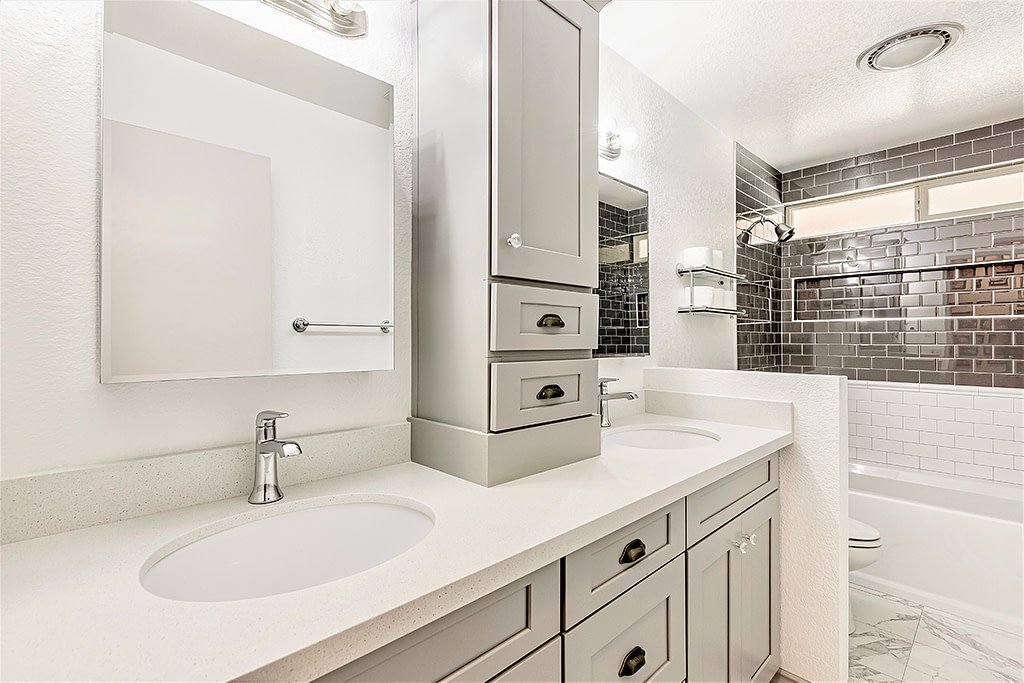 We had fun working with Christie on her bathroom remodels.

The first projects she wanted done was the guest bathroom for kids.

We removed the wall between the vanity area and the shower/toilet room. We also gutted everything in the space.

She chose white quartz tops with gray cabinets along with a middle cabinet above the countertop for more storage.

There is another bathroom for the kids that we completely revamped.

We built a shelving unit to the left of the shower since the kids didn't need a huge shower but did need storage.

She chose a long pedestal sink to make it easier for the kids.

She let her son pick the shower curtain 🙂